Faculty needs to trained more on how to stop fights 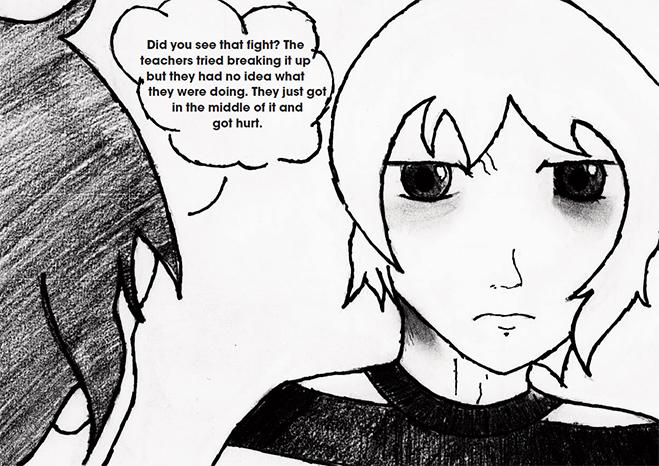 Fighting between students continues to be a prevalent problem in the district, but faculty don’t always know how to react because district training only includes some safety training and training involving student needs, not specific training for student fights. In order to minimize the damage caused by fights, the district should provide specific training on student fighting to teachers because they are bound to witness a fight someday between two or more students.

The rate of physical incidents within the district has been rising over the past couple of years. According to the district’s violent and criminal incidents report, the annual rate of assaults with injury almost doubled between 2012 and 2015, from 12 reports in the 2012-2013 school year to 22 reports in the 2014-2015 school year. However, this number only accounts for incidents that resulted in disciplinary action, meaning that other incidents probably happened that weren’t included in the report. With the rise in violent incidents, the district should be well aware of its own problems and start providing more training to teachers to be more proactive.

With the district’s number of enrolled students, it only makes sense that teachers should receive more training on physical altercations between students. The district has about 47,000 students enrolled, almost 10 times the average in the state of Texas which, according to Governing magazine, is 4,852. In addition, a study published in 2015 in the Journal of Educational Issues concluded that incidents of school violence are much more likely to occur in bigger schools. The district needs to adapt its training for teachers to handle situations in larger schools.

In addition, methods of handling fights exist out there that should be implemented into teacher training. According to a press release from Chicago Public Schools, new safety measures such as de-escalation and and a focus conflict resolution decreased infractions by 13.6 percent, and out-of-school suspensions decreased by 7 percent in a year. District training should ensure teachers have up-to-date knowledge on effective techniques to handle fights.

Teachers who have sat through previous training for fighting may view additional or new training as wasteful or ineffective since the current training doesn’t help them, but if the district did integrate proven effective methods into faculty training, then injuries could be prevented. The American Psychological Association found that 80 percent of teachers were victimized at least once in the school year or the previous school year, including harassment or physical attacks. Training would help teachers stop fights from causing injury and help improve relations between students and teachers, meaning that training has value for teachers to help make sure they’re safer at work.

If not district-wide training, then campuses could at least attempt to provide a guide or advice for students, parents and teachers on how to manage and react in fight situations, but training would bring about the safest and most effective results.

Students should also pay attention on fights and read on ways to help handle fights safely. Parents can also urge the district to take action and start providing more training or information. However, the main focus should be on teachers and administrators, who should take initiative to make sure the faculty can handle a fight between two students safely. Every person, student or teacher, should be safe, and have no need to worry about fights breaking out and injuring others.